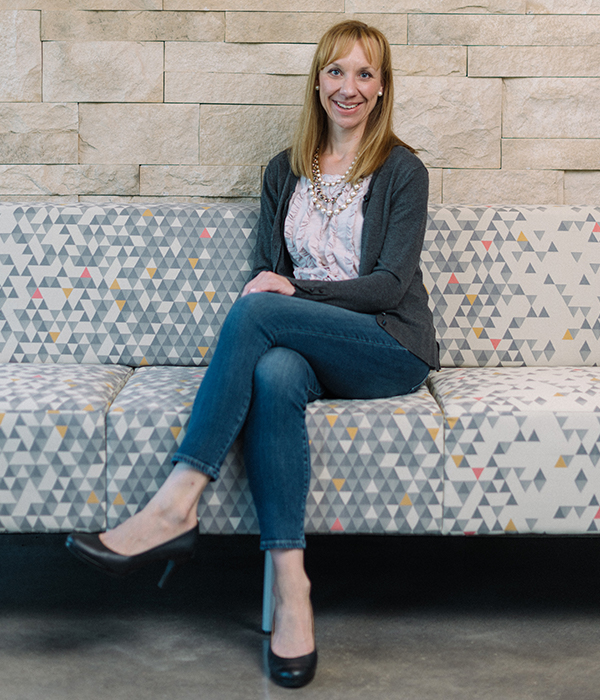 Aimee has lived in Omaha, Nebraska for most of her life, aside from a few years away in her early college years.  After graduating from Marian High School in 1993, she studied Political Science at Saint Louis University in St. Louis, Missouri for two years.  She interned for former U.S. Congressman Peter Hoagland and former U.S. Senators J. Robert Kerrey and J. James Exon in Washington, D.C. during this time.

She returned to Omaha to attend Creighton University, where she earned a Bachelor of Arts in Political Science with a minor in Economics in 1997.  She then attended Creighton University School of Law, where she was a member of the Moot Court Team, served in the Legal Clinic, and worked as a Legal Research and Writing Teaching Assistant.  Aimee earned her Juris Doctorate degree in 2001.

In her 18 years of practicing law, Aimee has a gained broad range of experience in both the issues she handles and the clients she represents.  She practiced in the areas of discrimination, harassment, retaliation, wage and hour, labor, privacy, workers compensation, personal injury and premises liability.

Aimee has served as an assistant public defender and as legal counsel to the City of Bellevue and Bellevue Public Schools.  She has also served as in-house litigation and employment counsel to a large health care system and has represented numerous individuals and entities in federal and state court cases.

She has been an adjunct professor at Creighton University School of Law and Bellevue University and is a frequent guest lecturer at the University of Nebraska at Omaha.

When not working, Aimee cherishes spending time with her three kids and step-daughter.  She enjoys reading, traveling, being outdoors, and working on home improvement projects.

Get to Know Aimee