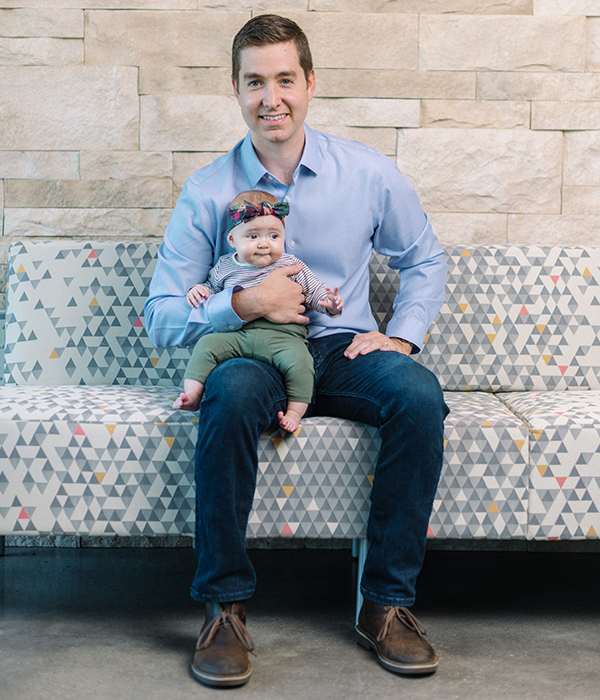 From Iowa to AmeriCorps, David knows the biggest changes start with the smallest steps. David was raised in Indianola, Iowa, and earned a Bachelor of Arts in history from Simpson College. Law school could wait for David. He took his talents to AmeriCorps before returning to Iowa to attend law school at Drake University in Des Moines.

David was awarded his J.D. in May 2015. He was admitted to practice law in the State of Iowa in September 2015.

David was married on September 10, 2016, to Tabetha McCormick, an accountant at McGowen, Hurst, Clark & Smith, P.C. They are parents to a perfect baby girl.

Get to Know David