One of the foundations of our justice system is that no one is above the law.

Each of us is held responsible for our own actions.  If I get distracted while I’m driving and rear-end the car in front of me, I have to pay for the damage.  If I hurt somebody, either negligently or on purpose, I’m liable to them for everything they’ve lost.

These aren’t controversial concepts.  Except when it comes to the police.  One of the legal reforms Black Lives Matter protesters have been proposing is abolishing something called “qualified immunity.”  What does that mean and why does it matter?

I am well aware of how complex and boring this sounds.  Stay with me.  After reading five more minutes, you’ll be able to explain qualified immunity to your Aunt Judith and everyone at your book club.

Americans have the right to sue public officials who violate our constitutional rights.

So why are law enforcement officers and agencies almost never held accountable in civil court for things like false arrest or brutality?

You’ll be shocked to learn that it all started with white supremacy.  In 1961, a racially diverse group of Episcopal priests from the North went to Mississippi, where they were arrested for using a “whites only” bus terminal.  (Click here to read more).  The priests filed a lawsuit objecting to the rather obvious violation of their constitutional rights.  But the United States Supreme Court found a creative way to let the police off the hook—by inventing a concept it called “qualified immunity.”  The court said the police were immune from any lawsuit as long as they acted “in good faith.”

And since Mississippi officers in 1961 could not possibly have known that Jim Crow laws were unconstitutional, the priests alone had to bear all the costs they suffered as a result of the officers’ illegal conduct.

In 1982, the Supreme Court expanded the concept even further.  (Click here to read more).  Unless the victims show that exactly what happened to them had already been held unconstitutional, then even police officers who act maliciously and in bad faith are protected by qualified immunity.  In other words, qualified immunity lets “public officials duck consequences for bad behavior—no matter how palpably unreasonable—as long as they were the first to behave badly.”

You’d think this would be bad enough, but there’s more.  The nature of judicial decision making almost guarantees that victims won’t ever be able to show what the court says they must show to win.

Deciding the limits of the Constitution and what behavior violates it can be complicated and weighty.

It’s way easier for judges to just search Westlaw and see if any other court has already decided whether the exact same conduct is unconstitutional.  Judges, like most of us, try to make their decision making as easy as possible.  So they usually refuse to decide the constitutionality of the behavior at issue in the case.  Instead, they simply resolve all police misconduct cases based on qualified immunity.  When their search for a case with nearly identical facts turns up empty, the judge declares the law has not been “clearly established.” Without a prior precedent specifically finding that similar behavior was illegal, the plaintiffs lose and there’s no need to decide the harder question of whether the police officer’s conduct was actually constitutional or not.

Do you see the Catch-22 this creates?

As one judge put it:

Plaintiffs must produce precedent even as fewer courts are producing precedent. Important constitutional questions go unanswered precisely because no one’s answered them before. Courts then rely on that judicial silence to conclude there’s no equivalent case on the books. No precedent = no clearly established law = no liability.  An Escherian Stairwell.  Heads government wins, tails plaintiff loses. 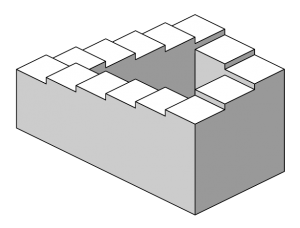 In other words, the game has been rigged so it’s almost impossible for the police to lose or for ordinary people to win.

This violates the founding principles of our nation.  Our very first Chief Justice, John Marshall, said:

The government of the United States has been emphatically termed a government of laws, and not of men.  It will certainly cease to deserve this high appellation, if the laws furnish no remedy for the violation of a vested legal right.

There are no civil rights more important than those enshrined in our Constitution.  And these aren’t just lofty principles.  There are lives at stake.

Congress can fix this easily, with one simple bill.

You can reach Iowa Senators Charles Grassley and Joni Ernst and Representatives Cindy Axne, Abby Finkenauer, and Dave Loebsack at (202) 224-3121.

Either J.D. Scholten (info@scholten4iowa.com) or Randy Feenstra (info@feenstraforcongress.com) will be elected to fill the seat of Congressman Steve King.